Covering an area of 19,5 ha, and protected since 1963. This 12 km long belt is the final, remaining, unforested belt of the Podravina sands called the Croatian Sahara. This area was protected for the purpose of conserving the final stretch of san deposits as a specific habitat important for the survival of the distinctive sands vegetation, including endemic plant communities of grey-hair grass to which a large number of plant and animal species are tied, some of which cannot be found elsewhere in Croatia. 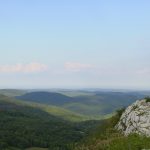 Is the most isolated part of mountain Kalnik, both in terms of its morphology and its landscapes, and lies above the isohypse at 410 m. The reserve covers an area of 5,35 ha and was proclaimed a special botanical reserve in 1985, in order to protect the botanical values of the unique rock vegetation found here due to the specific terrain, soil composition, climate, exposition and hydrology regime. The result is the appearance of Mediterranean, Alpine and Pontic plant species. The Mali Kalnik Botanical Reserve is found within a larger protected area, the Kalnik Significant Landscape. 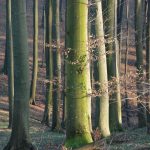 Is part of the forested area under the Dugačko Brdo forest management district. The total area of 10,91 ha was protected in 1973. The reserve lies in the vicinity of Koprivnica, and touches upon the southeastern slopes of Kalnik, at an altitude of about 250 m. This is a mixed stand forest dominated by beech, but also including sessile oak and hornbeam, while other tree species occur sporadically. The age of the forest stand is about 100 years, and the very vital beech trees give it special importance.

Is part of the Đurđevac Lowland Forests management district, and is located east of the settlement of Kalinovac. Crni Jarki was proclaimed a special forest vegetation reserve in 1992 and covers a total area of 72,23 ha. The reason for its protection is the presence of black alder which displays optimal development in this area, and in terms of its size, annual growth and beauty is among the most beautiful stands of its kind in Europe. The Crni Jarki protected area also includes a permanent ecological plot which is part of the Man and Biosphere project, for the purpose of multidisciplinary research of changes in black alder ecosystems in this area, unique even in European terms. 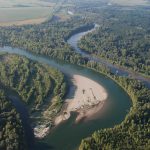 The area at the confluence of the Mura River and Drava River, near the town of Legrad, was proclaimed the Veliki Pažut Special Zoological Reserve in 1998. With this, the existing ornithological reserve was expanded and re-categorized into a zoological reserve. The reserve covers an area of approximately 571 ha and is characterized by the intersection of many canals and old blackwaters with sand dunes, gravel banks and low banks, resulting in specific flora and fauna. Many bird species are found here, in addition to many wild game species and, as of recently, the beaver, which was reintroduced to the area as part of the project entitled „Beaver in Croatia“.

West of the City of Križevci is the Župetnica forest, covering an area of 62,33 ha, and which was protected as the Župetnica Forest Park in 1983. This forest represents the „lungs“ of the City of Križevci, and is intended for the rest and recreation, made complete with a trim track within the forest itself. This is a mixed forest complex including natural stands of sessile oak, common hornbeam, black alder and the occasional field poplar, common beach, wild cherry, linden, wild apple… thereby giving the area exceptional phytocenological, landscape and esthetic value. The forest nursery, with many horticultural seedlings of both deciduous and coniferous tree species and ornamental shrubs, nicely complements the landscape. 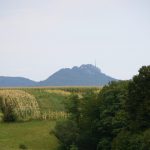 The specific geological and geomorphological characteristics that create the landscape and floral diversity were reason enough to proclaim this most prominent and highest part of Mt. Kalnik and the surrounding forest stands and fields as a significant landscape in 1985. The Kalnik Significant Landscape covers an area of 4200 ha. The diversity of the relief, its structure and the specificity of the microclimate are also reflected in the distinctive culture and historical heritage of this region, and in the wealth of the plant communities growing here. The landscape vistas of the Kalnik Significant Landscape are further complemented by the Kalnik vineyards on the hills, with their hidden wine huts that are a hallmark of traditional architecture, and the remnants of the walls of the Kalnik Old Town, also a protected monument. 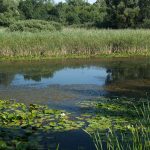 The pond ecosystems of Mala Čambina and Velika Čambina and the surrounding areas, covering an area of approximately 50 ha, together were proclaimed the Čambina Significant Landscape in 1999. The landscape is situated in the easternmost part of the Koprivnica-Križevci region, near the settlement of Ždala, in the corner formed by the state border with the Republic of Hungary and the left bank of the Drava River. The diversity of flora and fauna in this horseshoe-shaped aquatic ecosystem and its surroundings have given the area a series of specific and diverse microhabitats and localities typical for the continental peri-Pannonian area, and exceptional hydro biological, ecological, aesthetic and landscape values.

At the settlement of Ždala, there is a small park surrounding the building of the Repaš Forest Office. Special features of this park are the group of the English oak trees of exceptional beauty and striking appearance. The trees are 24-28 m tall and their average age is estimated at about 370 years. Given the great age of these trees, they are considered to be among the oldest trees of English oak, not only in the Podravina region, but beyond. Due to their age and their magnificent appearance, these trees have rare aesthetic, scientific, cultural and historical value, and they were proclaimed a protected monument of nature in 1998, pursuant to the Nature Protection Act.

A rare habitat of two species of the large blue butterflies was found near the settlement of Đelekovec, in the small meadow at Zovje. This small, 1 ha area, was protected as the small zoological site in the category of a monument of nature in 2000. This is habitat for the scarce large blue and the dusky large blue, two of the most threatened and vulnerable European day butterfly species and overall butterfly species. Their survival is dependent on the presence of the host plant, the great burnet, and a specific species of ant, and a wet and sustained meadow biotope, as is always found in this small meadow in Zovje.

An old sweet chestnut tree stands in the vicinity of the City of Koprivnica, in the Močile area. The tree is estimated to be about 420 years and stands about 23 meters tall, with a diameter at breast height of 190 cm and circumference of about 6,5 m. This is one of the rarely preserved trees of this species of this age in Croatia. The tree has lovely leaves and large flower racemes, giving this tree first class decorative, aesthetic and educational value, which is further complemented by the location of its habitat, vicinity of the church as a place of religious pilgrimage. The tree was protected as a monument of nature pursuant to the Nature Protection Act in 2001.

A large and old linden tree estimated at about 325 years old grows in the Pod Lipama park, at cadastral plot no. 2774 of the Novigrad Podravski cadastre. The tree has both exceptional aesthetic and historical value, and stands about 25 meters tall. Its diameter at breast height is 180 cm. Pursuant to the Nature Protection Act, the tree was protected as a monument of nature in 2002.

The Park near the Vladimir Nazor Primary School in the very centre of the City of Križevci, covering an area of 1,33 ha is protected as a monument of park architecture. The park was designed in the free style, and contains many valuable trees, particularly large wild chestnuts, pyramidal linden trees, American oak, fir, spruce and pine, and individual trees of the species European nettle, Japanese pagoda tree, American sweetgum, zelkova, red cedar, black pine and others. The trees are estimated to be about 130 years old, thus giving the park special aesthetic, cultural, historical and horticultural value.

The Park near Agricultural School in Križevci – monument of park architecture

The Park near the Agricultural School in Križevci, in the city centre, stands on slightly sloped ground before the school. The park covers an area of 1,4 ha and was protected in 1971 as a monument of park architecture. It was designed in the free style, and contains one area of old trees, while the remainder of the park has been restored in recent years. Old trees in the park include a large number of old spruce and fir, plantain, cypress, linden ,tree of heaven and other trees. Due to the age of these trees, estimated at about 130 years, this park has exceptional aesthetic, cultural, historical and horticultural value.

Locations “Easter egg from the heart”

Exhibition of large eggs “Towards Easter” in Koprivnica